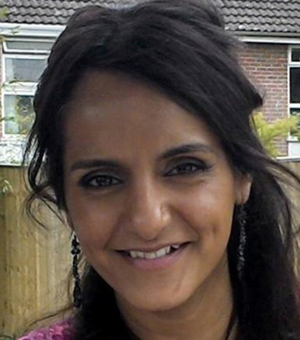 Kirren Mahmood is the Welfare Dean at the college and also works as the Welfare Officer at Jesus College. She serves as the first point of contact for any welfare or wellbeing related issues that students might experience, and offers confidential consultations and tailored support for their individual needs.

Kirren supports our students with accessing the most relevant and helpful information, resources and support for any difficulties they come across. She also works with our Welfare Reps, Peer Supporters and Sub Deans to advocate and foster a culture that promotes the wellbeing of our community.

Kirren studied Psychology at the University of Leicester and went onto work in mental health services for over 13 years. She is particularly interested in evidence-based psychotherapies including CBT, Solution Focus Therapy, and Systemic Family Practice. She studied Family Therapy at Postgraduate level at King’s College London in 2015.

Kirren lived in Malawi for a year in 2012 where she worked for a children’s centre and social enterprise- it inspired her love of travelling and got her interested in the early years and international development. She was the Project Lead of The Anchor Programme - an innovative mental health service that was piloted across the Domestic Abuse sector in Oxfordshire from December 2015 to July 2018.

As a second-generation British Pakistani woman, Kirren has always taken a keen interest in intersectional disadvantage. As a Community Development Worker in CAMHS she worked to address inequalities in mental health provision and tackle the systemic and structural factors that lead to poor overall mental health outcomes for Britain’s ethnic minorities and an under-representation of ethnic minority service users.