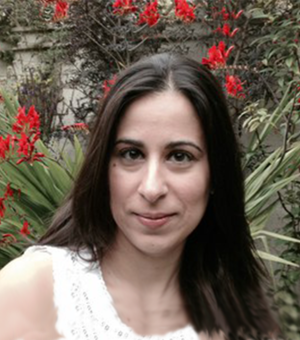 Chrystalina Antoniades is an Associate Professor of Neuroscience in the Nuffield Department of Clinical Neurosciences, and head of the NeuroMetrology Lab.

Chrystalina's research team is developing novel ways of accurately measuring various functions in patients with neurological disorders, such as Parkinson’s disease and dementia. Many medical conditions can be rapidly and accurately quantified using standard equipment. For example, the severity of asthma can be measured by the rate of airflow rate to the lungs, and heart disease can be detected according to the degree of narrowing of arteries. However, many brain diseases, including Parkinson’s Disease (PD) and Progressive Supranuclear Palsy (PSP - a type of atypical Parkinsonism), are measured using a clinical rating scale, a system of points assigned by an observer based on their impression of the person's condition. Such scales are subjective, i.e. two different people assessing the same patient may not score the patient equally, and they are also nonlinear, meaning that for example the difference between a score of 30 and 40 may not be the same as the difference between a score of 20 and 30. Such rating scales make analysis of change in a patient's condition over time difficult and therefore not ideal for use in clinical trials of new drugs. As a consequence, clinical trials may unnecessarily consume a large amount of resource before an outcome becomes apparent.

The NeuroMetrology Lab is developing new approaches to precisely measure abnormalities of movement and its control using neurophysiological biomarkers. Their eventual aim is to replace clinical rating scales in both scientific research and everyday practice, with reliable and objective numerical measures.

Chrystalina is very active in the public engagement arena, something she is passionate about. She set up and leads the Art and Neurosciences for the Medical Sciences Division, and more recently started a new project "Picturing Parkinson's".