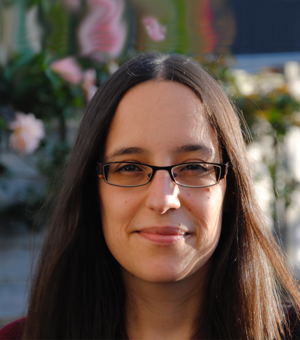 Catarina (Cat) Vicente is the Science Strategy and Projects Manager at the Sir William Dunn School of Pathology at Oxford, where she plays a strategic role supporting the scientific efforts of the department.

As an Official Fellow in Public Engagement with Research at Reuben College (along with Janet Stott), Cat helps ensure that public engagement is an integral, embedded element of life at Reuben College. She works with both students and fellows to develop opportunities that enable the exchange of skills and knowledge between academics and the wider public.

Originally from Portugal, Cat studied for an undergraduate degree in Genetics at the University of York, with a year-in-industry in the laboratory of Prof Eric Alton at the National Lung and Heart Institute at Imperial College London. Her PhD project focused on the molecular mechanisms underlying centrosome assembly in Drosophila, in the laboratory of Professor Jordan Raff at the University of Oxford. She then embarked on a career in communication and public engagement in a variety of contexts.

Between 2013 and 2016 she joined the scientific journal Development, where she was the online editor and press contact, as well as the Community Manager of the Node, a global digital community site for developmental and stem cell biologists. This was followed by a short stint as Senior Digital Communications Officer at Lady Margaret Hall College. She then became the Public Engagement and Communications Officer at the MRC Weatherall Institute of Molecular Medicine at the University of Oxford, where she developed and facilitated an ambitious public engagement programme.